If the Past Seems So Bright 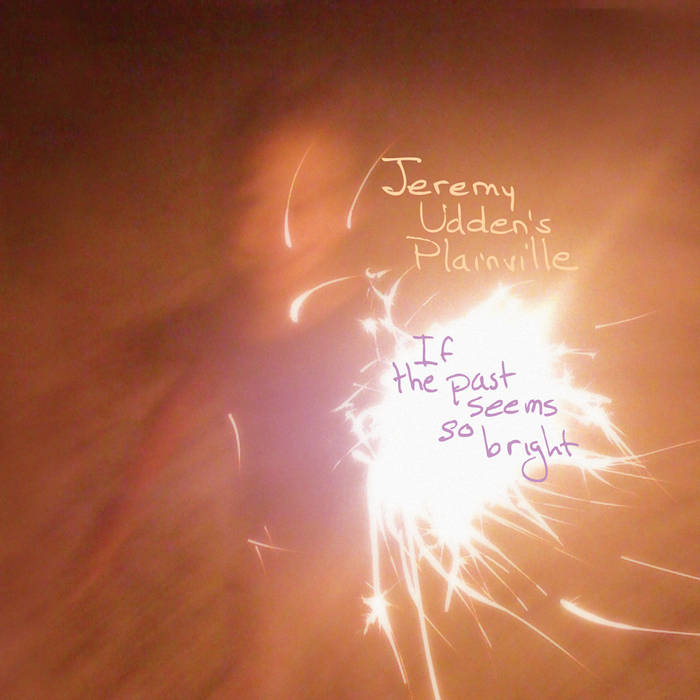 “I listened to a lot of rock growing up. I continue to do so. So a lot of my music is about reconciling that… Throwing Lester Young and the Pixies into the same house and seeing if they can live together.” – Jeremy Udden

In true American reductionist fashion, the definition of roots music has been over-simplified, incorporating any distinctive musical form developed primarily in the United States. This huge sample covers everything from folk to blues to country music. It would be easy to label the Brooklyn-based ensemble Plainville as a roots or rock band based on its sound, but perhaps the group’s roots are more conceptual than aural.

Jeremy Udden grew up in rural New England. His music is a tribute to the home that remains close to his heart. The saxophonist / composer has created an ensemble that reflects a unique amalgam of folk, rock and jazz music, these being the sounds surrounding Udden in his youth. The music on Plainville’s new CD, If the Past Seems So Bright (Sunnyside, 2011), showcases the group’s unique comingling of styles, which is unique, tuneful and boundlessly creative, while evoking images of Americana.

Udden has exhibited a wide range of musical interests in his performing career. After graduating from the New England Conservatory of Music, the saxophonist became a regular member of the Either Orchestra, an extremely eclectic, Boston-based large ensemble that regularly performs in diverse settings with musicians from all over the world. Udden’s broad interest in musical genres and huge talent enabled him to merge seamlessly with ensembles playing rock, pop, jazz, avant-garde and even Ethiopian music. He has performed with the likes of Steve Lacy, Matt Wilson and Mulatu Astatke.

Plainville, which is named after the founder’s home town in Massachusetts, was established as a vehicle for Udden’s love of folk, rock and country music. Its music reflects the experience of being raised in small town U.S.A. These influences are revealed in tunes based on rock or folk harmonic frames with melodic statements using devices frequently used by vocalists, or more linear jazz artists. Many of the songs were composed on guitar or keyboard to achieve a more folk or rock feel.

Udden originally thought of Plainville as his “singer-songwriter” project with his saxophone as the lead vocalist. Once the group came together, the collective aspects of music making became much more important. Udden happily incorporated an amazing array of open-minded musicians into the band. Plainville has become an incredibly solid group that has proven itself playing alongside indie rock and jazz groups.


The members of Plainville have diverse backgrounds. Pete Rende has been integral to the band playing Fender Rhodes, pump organ, Prophet synthesizer and Wurlitzer along with co-producing and mixing the record. Progressive multi-instrumentalist Brandon Seabrook has bent preconceptions of banjo and guitar playing for some time and has influenced Udden’s Music since they were high school students in Massachusetts. Bassist Eivind Opsvik and drummer RJ Miller have proven to be incredible additions as both appreciate and adapt to the demands of the music. Each musician has been instrumental in shaping the sonic direction of Plainville. A handful of guests appear on If the Past Seem So Bright, most notably guitarist / vocalist Nathan Blehar, a former student with whom Udden studied at NEC.

The CD begins with a so-called ‘jazz power ballad’ entitled “Sad Eyes,” a melancholy song inspired by a girl and featuring Rende’s moving keys and a reverb-tinged guitar solo from Seabrook. Blehar’s nylon string guitar and Seabrook’s banjo lead into “New Dress,” a song that was composed using voice and guitar to establish a simple, folksy form that Udden’s alto sings over. “Stone Free” was written to feature the slash-and-burn guitar of Seabrook in true rocker form. Blehar’s voice takes the lead on “Bethel,” a song Udden wrote as an ode to his family and their time together in a lovely Maine town during his youth. The blend of voice and saxophone provides a moving sentiment.

Neil Young provided the early inspiration for “Hammer,” which developed a country-meets-surf-rock feel in the hands of the band. The beautiful “Thomas” was written by Blehar for his father and displays Udden and the guitarist’s musical chemistry. “Film” sounded like a film score when finished and fit well with the group’s rock balladry aesthetic. Originally written as a solo guitar piece, “Bovina” was inspired by a friend’s farm home in the Catskills where Udden spent time. The piece was ideally suited for the striking steel-string guitar of guest Will Graefe. “Leland” was composed for another band before Plainville transformed it into a spacey rock tune with great solos traded between Udden and Rende. Featuring Udden’s first recorded lyrics, “Pause at a Lake” displays the emotive maturity of Udden’s songwriting with Justin Keller delivering a moving vocal to close out the disc.

Plainville is a group ready for the vanguard, creating sophisticated but surprisingly accessible music. If the Past Seems So Bright is the product of a wonderful alliance of distinct musical personalities and diverse musical styles. Much of the credit deservedly falls on Udden, who has been able to channel his roots and inspiration into an original musical vision.

Bandcamp Daily  your guide to the world of Bandcamp